Happy week-end! I have four loads of laundry waiting, and I suppose I should continue to take down Christmas (okay, and Thanksgiving, and maybe even Halloween) decorations, but first have to let you know that if you want to thank CBS for their recent Superbowl advertising decisions*, you can send an email to:

People who are against these decisions will certainly be contacting him, so let's let him know that CBS has support for these recent decisions.

* CBS is airing a pro-life ad during the Superbowl featuring Tim Tebow, a college QB with a great story about his mom choosing against abortion when pregnant with him. CBS then turned down an ad request from a gay dating service, who wanted to run a Superbowl ad as well.

Let CBS know you appreciate them with a nice email!

Got to go; I see a wreath I forgot to take down. Maybe I'll just make some paper hearts and slap them on it, and it will be a "Valentine's wreath"!
at January 30, 2010

A thought I find so troubling and just plain sad in the wake of the Dallas shootings and all the other racial unrest bubbling up in our na... 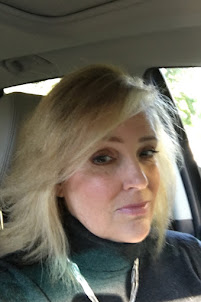 "I need to hit the bathroom soon, lady!"